The multinational manufacturer of Heating, Ventilating and Air Conditioning products deploys a MiR200 in its Barcelona plant to deliver parts and materials to one of its newest production lines and pick up packaging materials for disposal.

The company’s manufacturing plant in Spain, located in the town of Vacarisses close to Barcelona, has been making air conditioning units for industrial and commercial use, as well as aerothermal products for homes, since 1993. The plant operates 12 assembly lines and various production areas for the manufacture of semi-finished products, and with an average of 400 employees, they produce 51,000 units a year with an estimated annual turnover of 116 million euros.

“Our aim is to always fulfil the requirements of our clients with maximum quality and flexibility by operating according to the standards of the internationally recognized and award-winning Johnson Controls Manufacturing System, and applying the concept of Lean in our production processes,” says Valle Jiménez, Assistant Manager in the Commercial and Production Planning Department at the plant.

In accordance with this strategy, the team at the Vacarisses plant are constantly looking for opportunities to improve processes and achieve greater efficiencies, not least through automation and the use of robot technology, and in one area in particular, they have successfully created an application to automate the transport of materials from the supplies warehouse to one of the newest production lines in the factory.

For this they chose a MiR200™ as the central element of an internal transport application with a payload capacity sufficient for their needs and developed specifically for the purpose with the support of local distributors and systems integrators, Vicosystems. The application combines the mobile robot with travelling shelving units and carries materials and component parts automatically from the store to the production line, unloads them using a Karakuri system, picks up waste packaging through the same method and returns to the store.

The MiR robot is in operation during a full 8 hour shift every day and the benefits of the system were immediately obvious from the moment it entered into operation. “The robot has travelled 750km in the last year and currently does up to 12km  per shift, which in turn translates into a saving of 3 man hours a day when compared to a worker carrying out the same task with a trolley“, says Raúl Galan, Section Manager in the Production Engineering department of the plant. “It also allows us to maintain constant levels of stock of materials on the production line, and avoids the need for movement of forklifts up and down the aisles of the production area, thereby not only optimizing the line’s productivity but also making the factory floor a safer place for all”.

Flexible, easy to use, collaborative

The fact the that MiR robot is able to work in collaboration with the warehouse operator in the timely delivery of parts and materials to the line workers and is quick and easy to program with an intuitive and user-friendly interface combined with mapping technology were key factors in the decision to opt for the MiR200. “We were looking for a flexible solution which allows us to make quick changes to processes and layout in the plant, but one that doesn’t require modifying our installations as would be the case if we used an AGV with magnetic lines”, Raúl Galan adds. “The mapping technology used by MiR makes it especially adaptable and easy to reprogram whenever changes are made”.

“Workers in the plant greeted the MiR robot with a degree of curiosity the first couple of days, even though they are accustomed to seeing other types of vehicles like AGVs on the factory floor” says Oriol Morgado, technician in the Production Engineering department. “But they soon saw that it was a valuable tool for improving productivity and safety in the workplace. Programming the robot is not particularly complex and even operators with little or no knowledge of programming language are able to create and modify its configuration if necessary”.

“The cooperation and dialogue with Mobile Industrial Robots and their distributor Vicosystems was excellent, not only during the installation phase but also when it came to resolving a few small teething problems at the start and the implementation of the system for anchoring the robot to the shelving units using a servomotor with a spindle and PLC”, he adds.

More MiR robots to be deployed within the year

With an expected return on investment of less than two years, the experience so far has been so positive that Johnson Controls-Hitachi are already considering adding more MiR robots to their fleet. “We’ve identified several projects where we could deploy mobile robots in the plant, with our priority focused on the task of delivering raw materials to production lines and transporting finished products to the warehouse”, says Raul Galan. “We want to incorporate two more MiRs for such tasks within the next year and we are also studying the concept of a ‘follow me' type solution for the picking process prior to final delivery to a defined point in the production line. Then as part of a second phase, we would like to apply mobile robots in conjunction with collaborative robot arms and artificial vision technology with the aim of automating processes that combine both transportation and assembly tasks”.

““The robot has travelled 750km in the last year and currently does up to 12km  per shift, which in turn translates into a saving of 3 man hours a day when compared to a worker carrying out the same task with a trolley“”
Raúl Galan Section Manager in the Production Engineering department of the plant 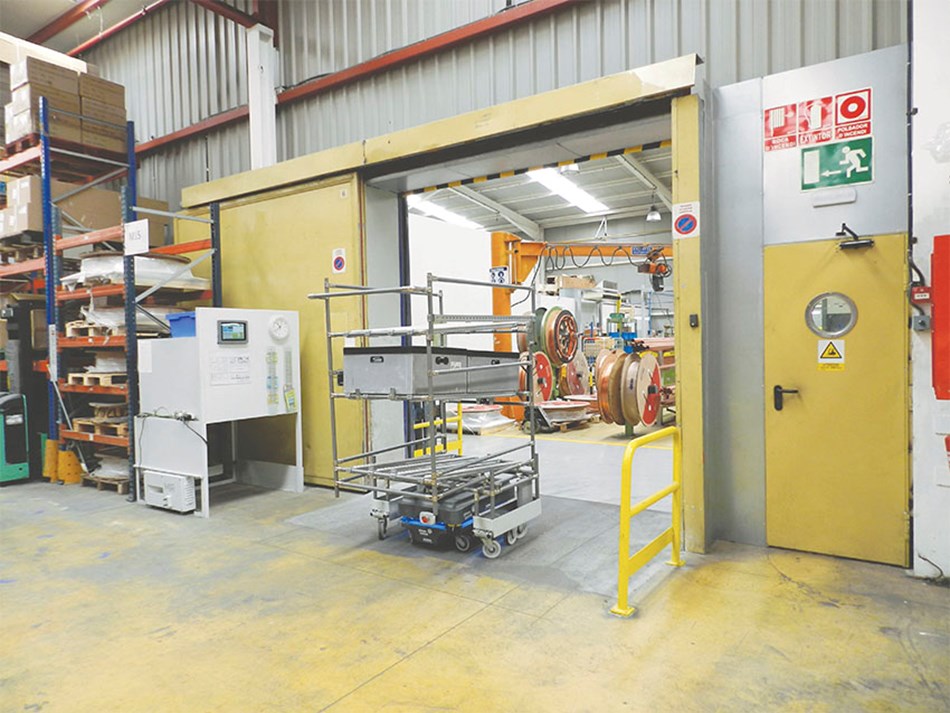 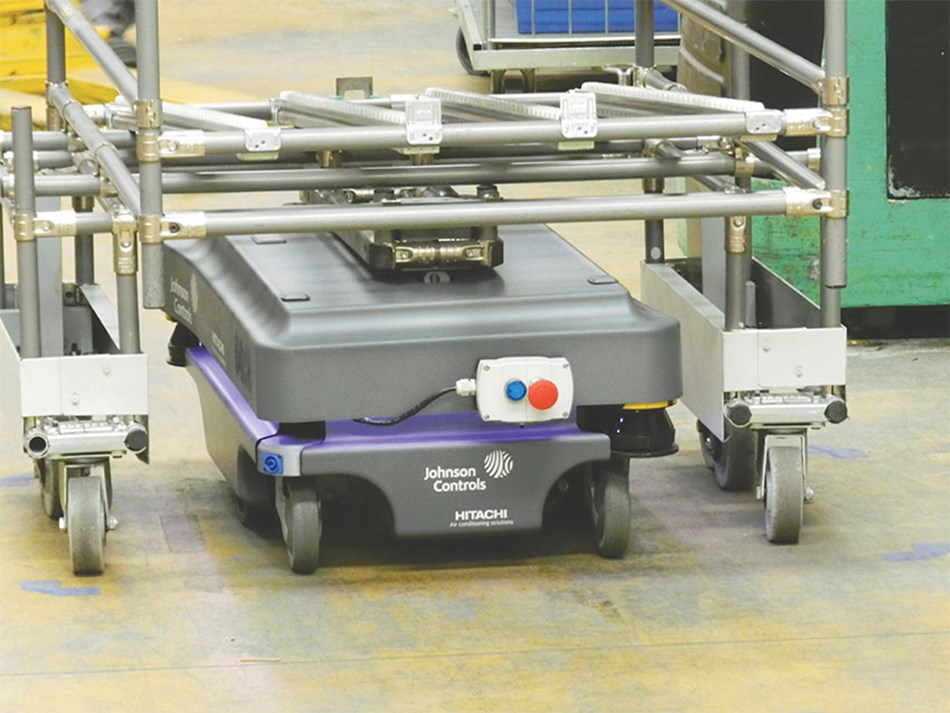 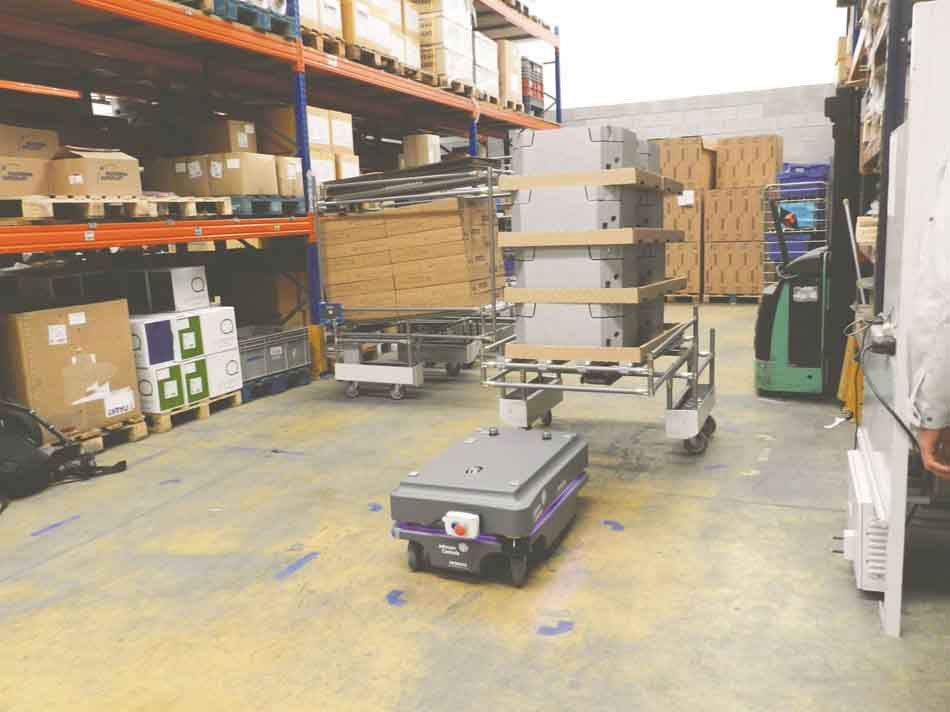 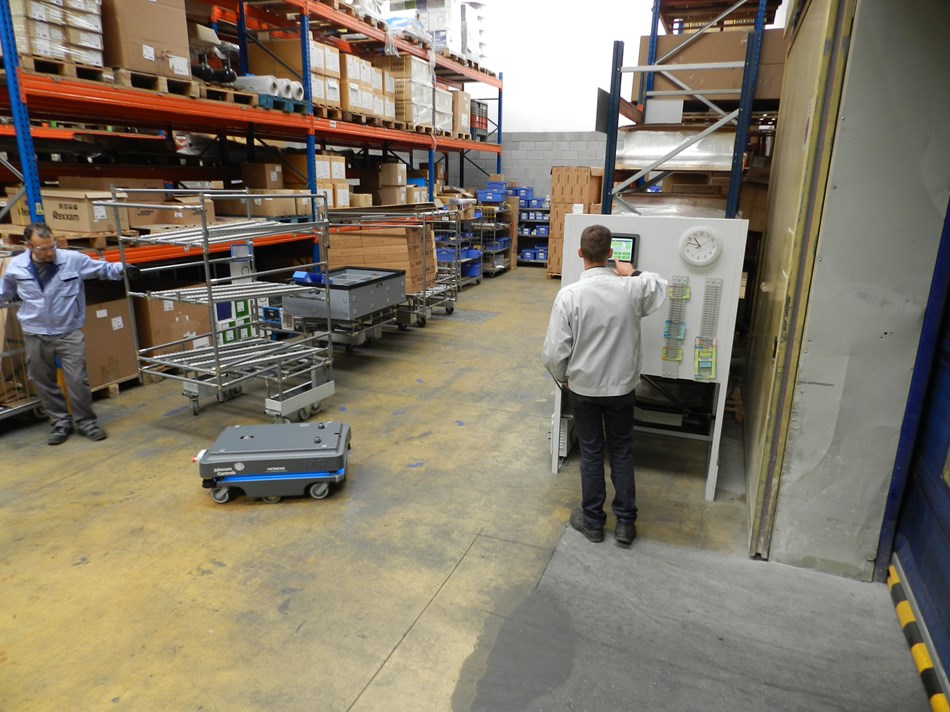