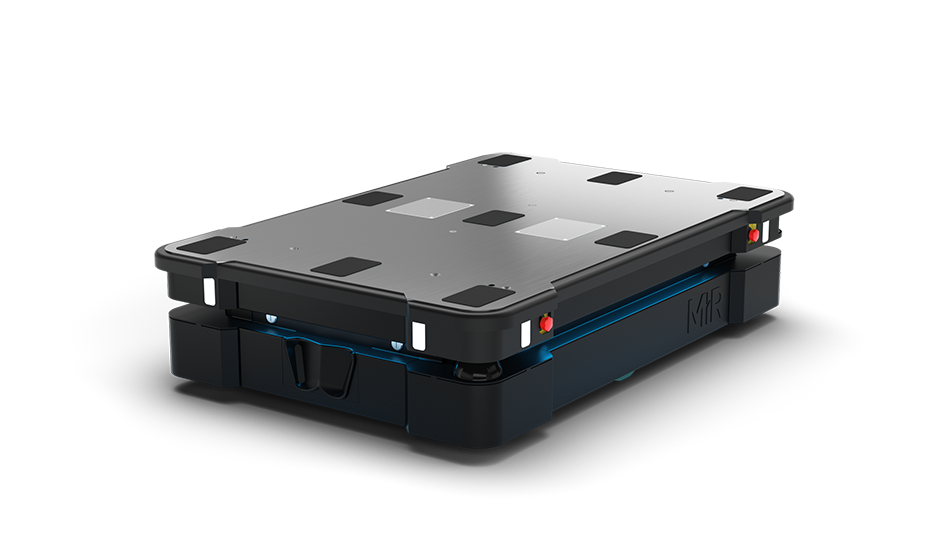 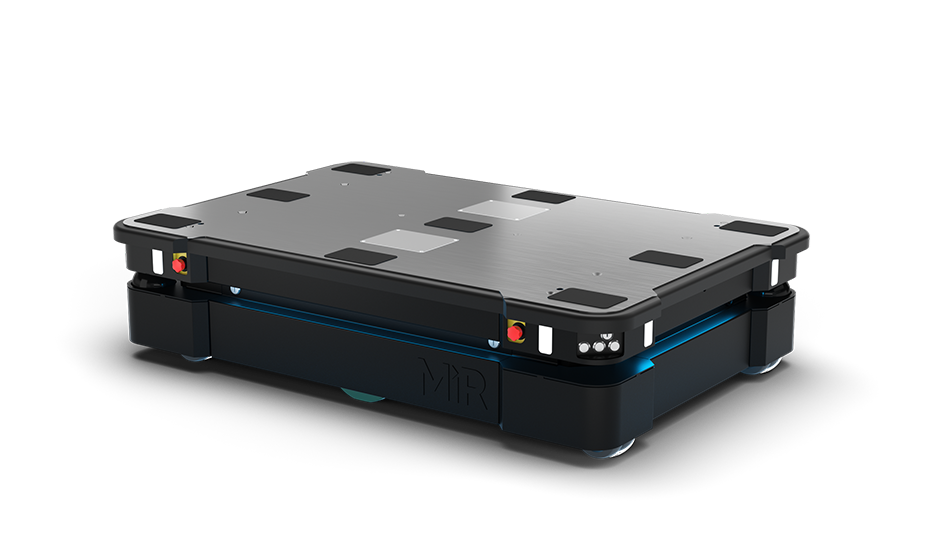 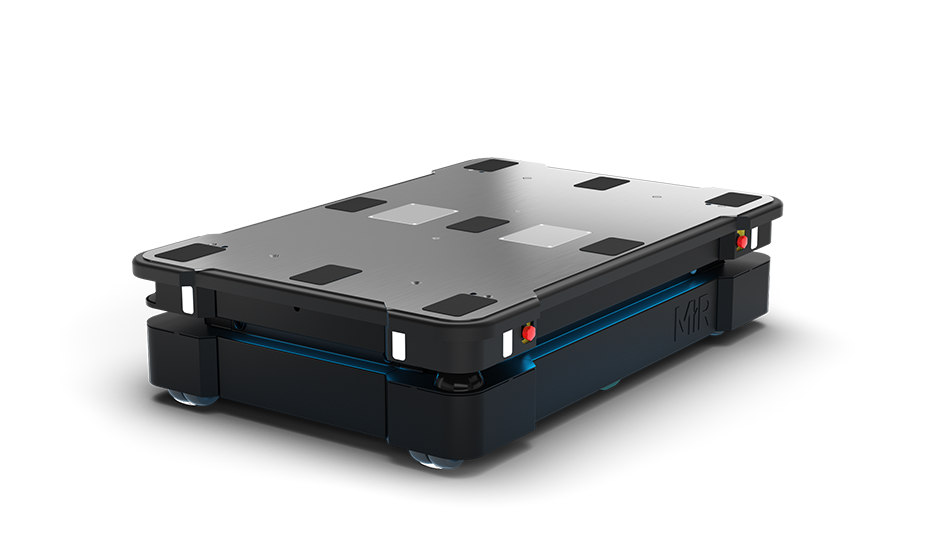 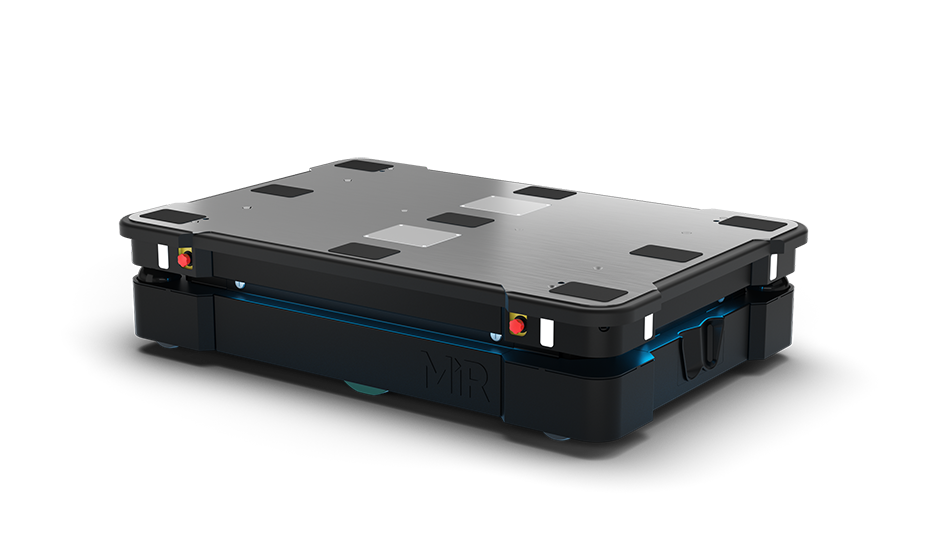 With a payload of 1350 kg (3000 lbs.), MiR1350 is the most powerful AMR from MiR to date, and it enables you to maximize the efficiency of your logistics operations. You can efficiently move very heavy loads and pallets automatically with the MiR1350.

MiR1350 has, with specially designed pallet lifters from MiR, the ability to pick-up, transport and deliver pallets automatically. Thereby, the collaborative robot is a safe alternative to traditional pallet lifters and trucks, which many companies wish to get away from the factory floor, since they often compose a safety risk. At the same time the MiR1350 does not require any operating crew in opposition to the more traditional pallet lifters, and because of this it optimizes the pallet transportation and give the employees time to do more productive tasks.

The collaborative and autonomous MiR1350 safely maneuvers around all kinds of obstacles and should a person walk directly out in front of it, it will stop. With advanced technology and sophisticated software, the robot can navigate autonomously and choose the most efficient route to its destination. When encountering obstacles, the robot automatically redirects and can reroute in order to prevent stopping or delaying the delivery of materials.

MiR1350 is equipped with the newest laser-scanner technology and has optimal safety with 360 degrees vision around itself. Two 3D cameras in the front enables the robot to see from 30 to 2.000 mm. above the floor, and two sensors in each corner contribute to the robot’s ability to see pallets and other obstacles that are so low that they otherwise can be hard for robots to detect.

The power lies within - a robust robot for industrial use

The MiR1350 is the first IP52 rated AMR on the market. This means that it has enhanced and protected components, so it can withstand dust particles and fluids. The MiR1350 can be used in more environments as it can drive close to open gates or other places where it is exposed to waterdrops and dirt. The MiR1350 is designed to comply with the highest available safety standards - ISO3691-4, making it superior to other AMRs on the market.

Flexibility and user-friendliness increase the applications

The user-friendly MiR1350 gives you full control over and ownership of the robot from the beginning. MiR1350 is operated by the intuitive MiR Robot Interface via smartphone, tablet, or computer and can be programmed based on previous experiences. The robot can be integrated into your ERP-system giving you the opportunity to create fully automatized solutions. Moreover, the robot can be included in the MiR Fleet alongside the rest of MiR’s robots so the different robots can be operated in the same fleet.

According to your need you can quickly and easily change the top modules for the MiR1350, that for example can be equipped with pallet forks, conveyors, a robot arm or other applications. 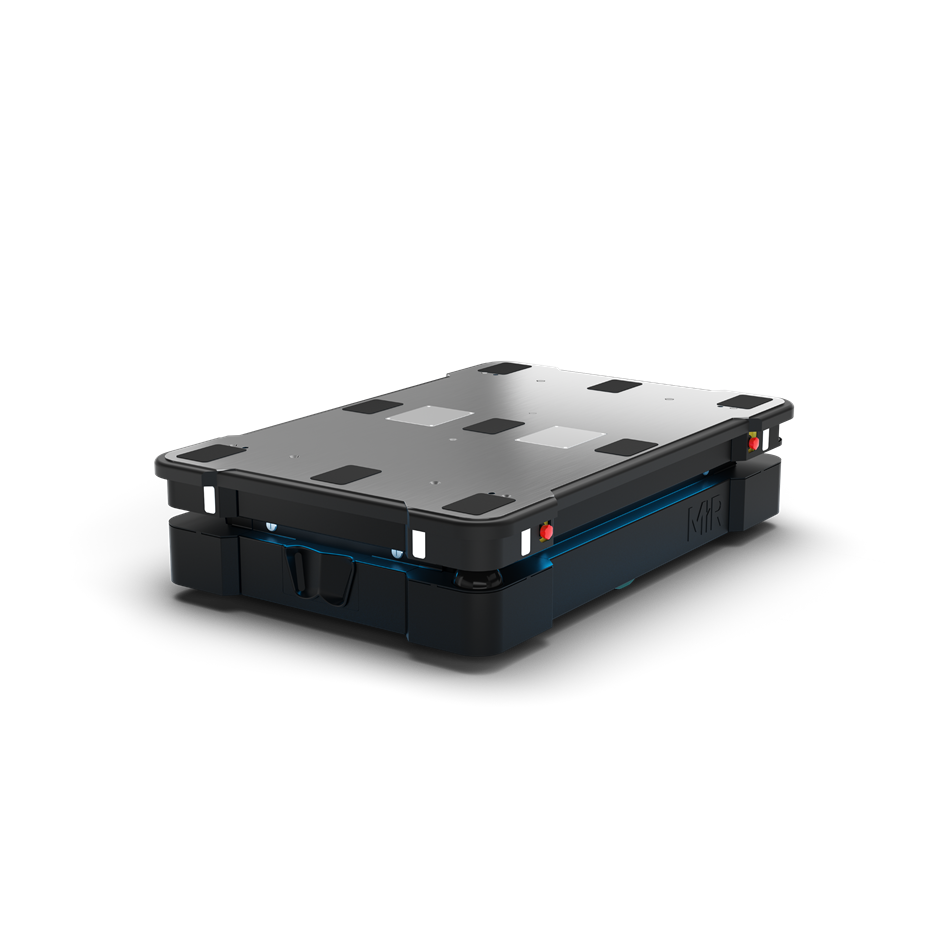 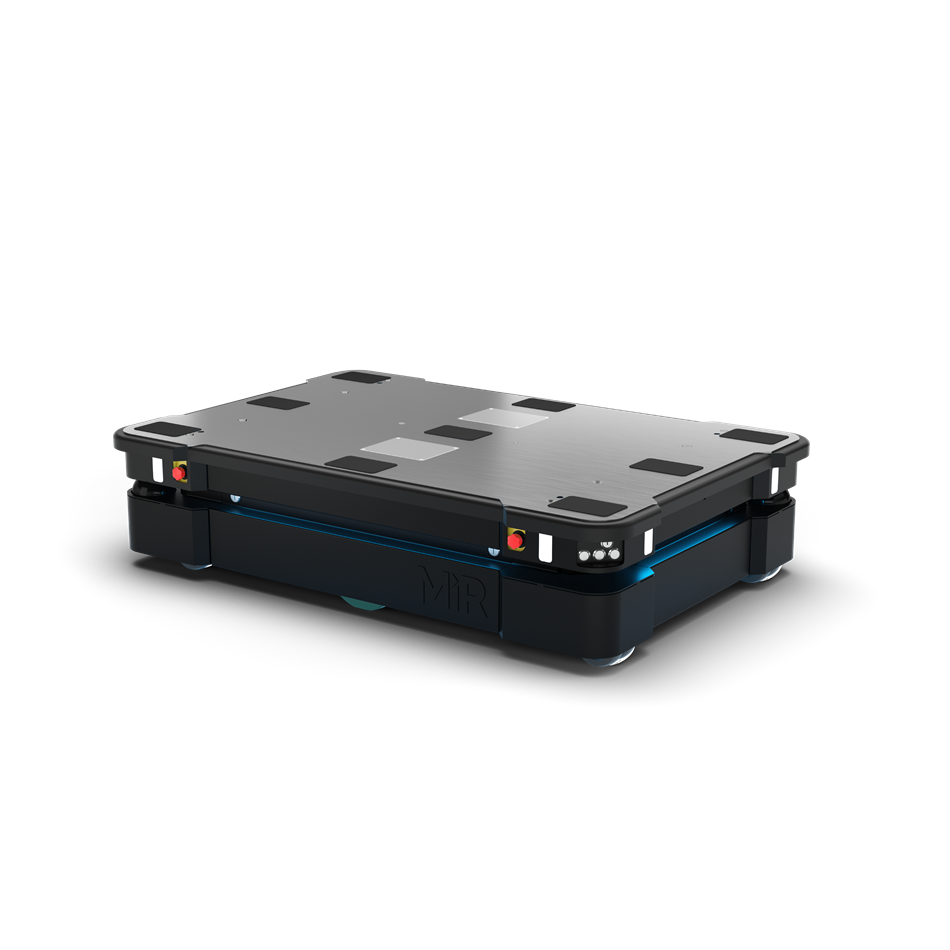 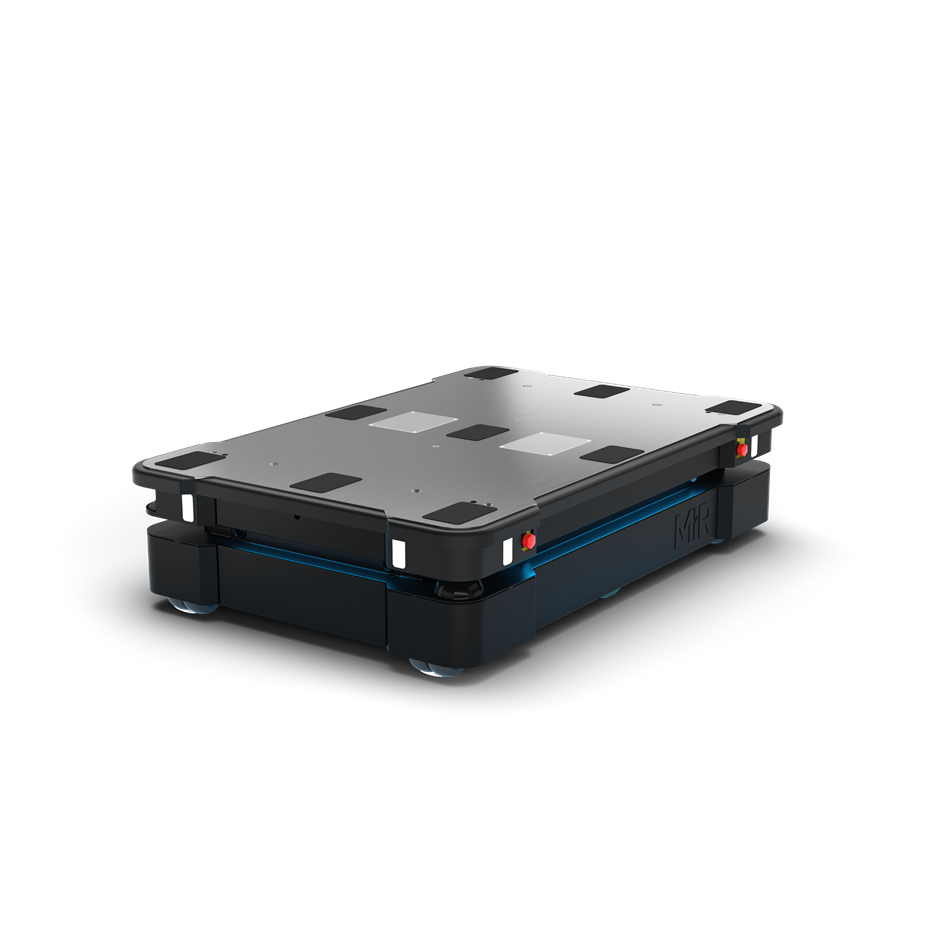 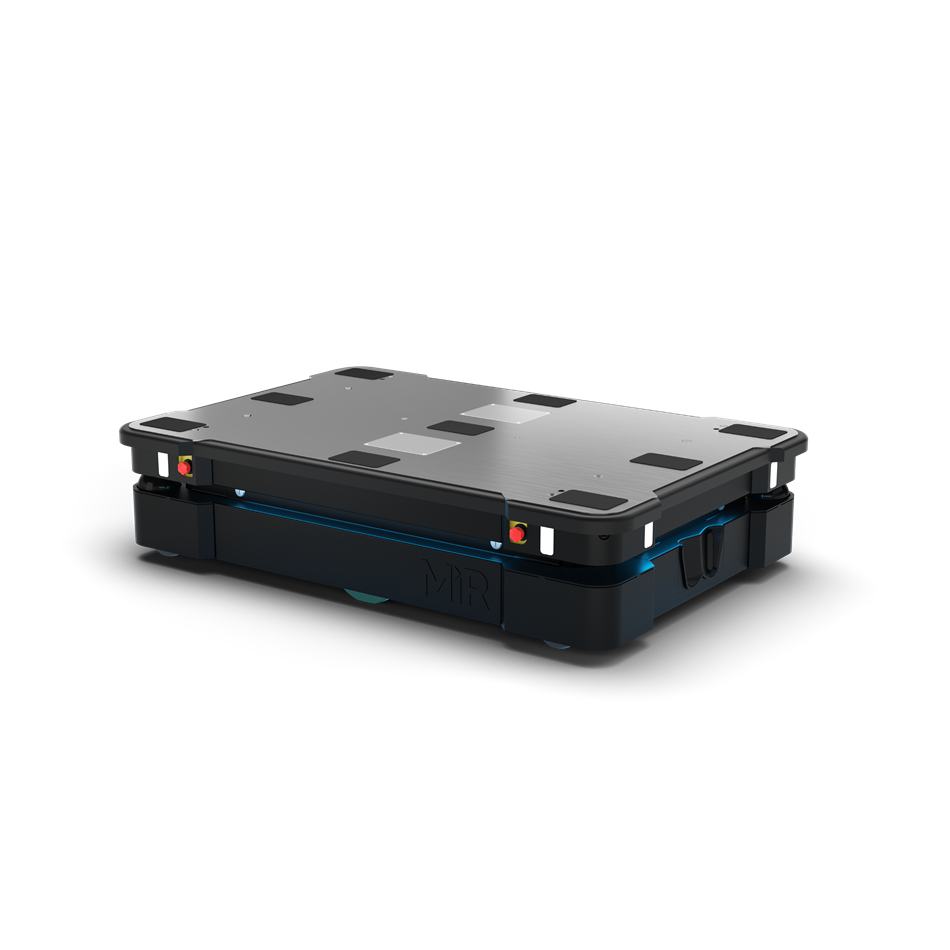