His name is Optimus. This is how the staff at Zealand University Hospital in Denmark refer to the MiR100 robot that has automated the internal transport of sterile disposable equipment in the hospital since June 2018. Optimus travels more than 10 kilometers per week, improving service, minimizing storage space, saving steps, and preventing shortages, which has made him quickly become popular at the hospital.

“I am really surprised by how quickly both staff and patients have become accustomed to Optimus,” says Johnny Hansen, Operations Manager for Zealand University Hospital. “They refer to the robot as a colleague, and “he” has—in a few weeks—become part of the environment. It is indicative of the way we humans quickly perceive new technologies as a natural part of everyday life. With MiR’s technology, we free service assistants from logistics tasks to warmer tasks like patient care. We have already achieved enormous gains by introducing this autonomous technology.”

Before Optimus arrived, service assistants were providing weekly deliveries of disposable equipment to hospital departments. The manual procedure involved heavy lifting and an uncomfortable twist in the body. Now the robot delivers equipment daily, making sure that the departments do not run out of goods.

“Heavy, monotonous and repetitive tasks must be taken over by technology,” states Hansen. “I am happy that our cooperation with MiR and the distributor, Flextek, has shown that we can create great workplace health benefits by automating physically demanding transportation tasks.”

Hansen explains that robot technology changes the way tasks are carried out, requiring job descriptions to be reorganized and redefined in order to get the most value. “This changes the way we work,” he says. “We have all the reasons to believe that we started a positive automation wave. We have freed up both the human resources that were deployed for transportation and expensive square meters used as depots. At the same time, we can improve the entire flow and minimize waiting times thanks to more frequent and targeted deliveries.”

One robot and 10 carts

Flextek, a Danish distributor of Mobile Industrial Robots, was responsible for the technical implementation of the hospital’s first mobile robot. This consists of four parts:

The hospital staff has seen the possibilities of the mobile robot and has continuously provided useful inputs for a smooth and safe implementation. For example, Optimus has been programmed to politely warn patients and staff that it is getting closer before it silently drives through automatic doors or out of the elevator. Signs have also been mounted on its front, which indicate the robot’s current destinations to the people around it.

The experience with the first mobile robot from MiR has actually given the hospital more ideas for automation of other transport tasks in the facility. One of the scenarios envisioned by Zealand University Hospital is the transport of customized equipment packages for every planned operation. This will have tremendous impact once the number of operating rooms is quadrupled. The pilot project has shown that the hospital can program operation plans into the MiR robot’s daily program and ensure deliveries of the right equipment at the right time. The automated delivery of medicines from hospital pharmacies and laboratories is another obvious task for mobile robots in a super hospital.

““I am happy that our cooperation with MiR and the distributor, Flextek, has shown that we can create great workplace health benefits by automating physically demanding transportation tasks.””
Johnny Hansen Operations Manager for Zealand University Hospital 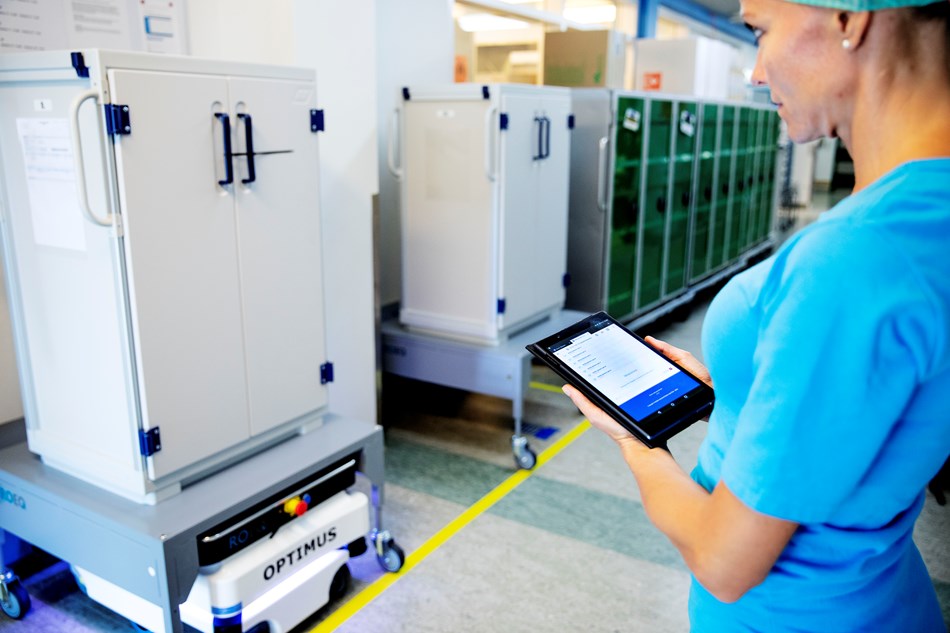 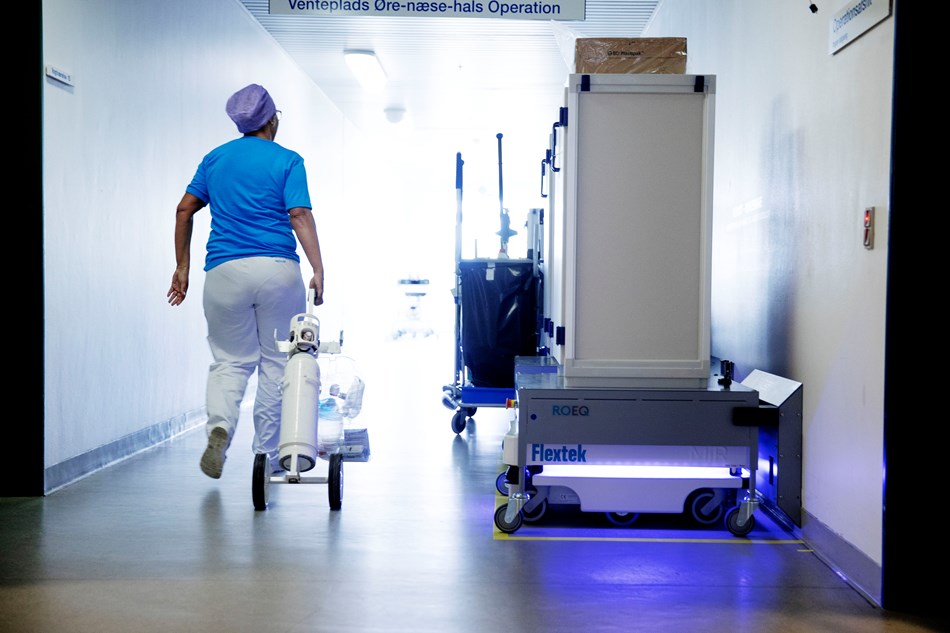 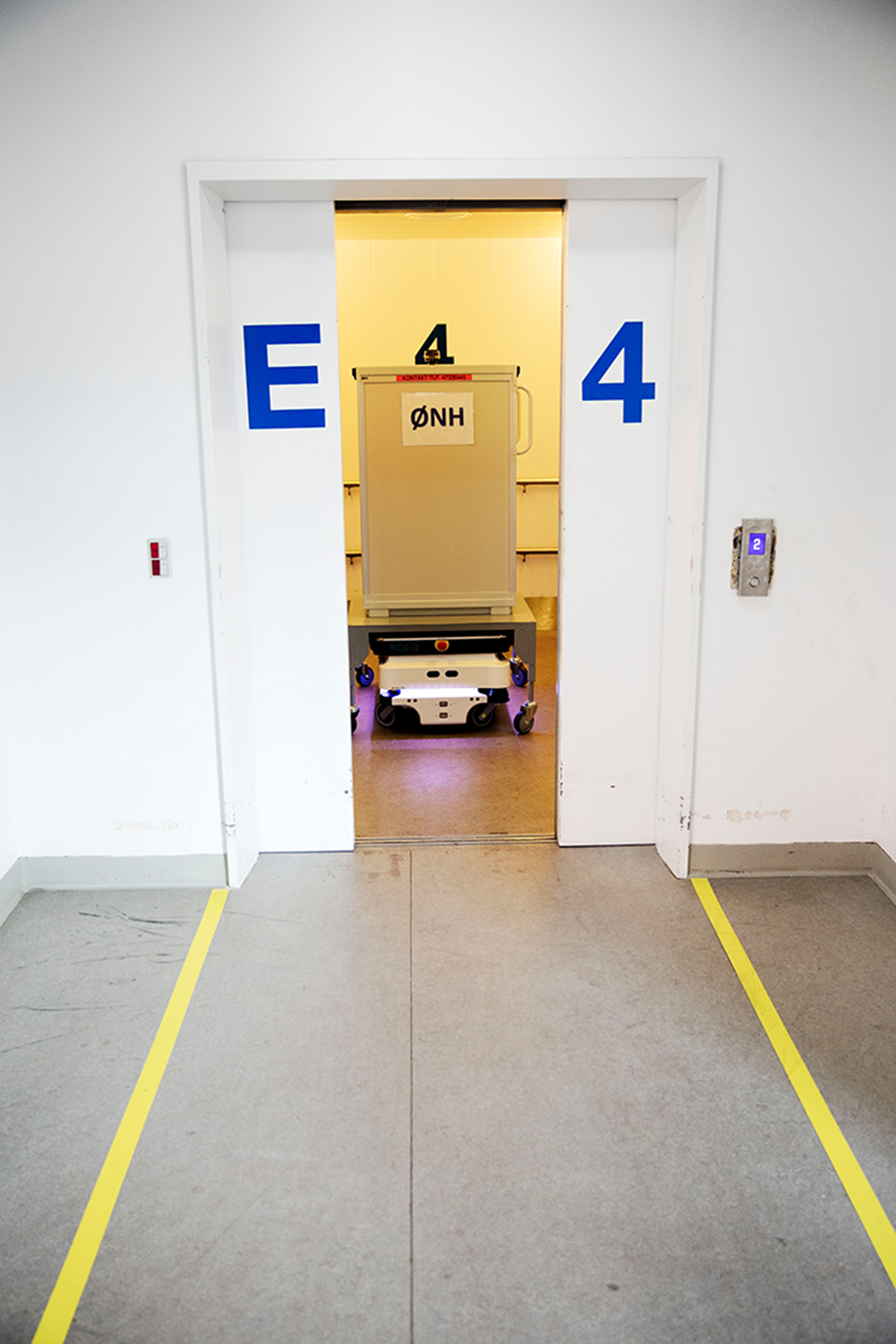 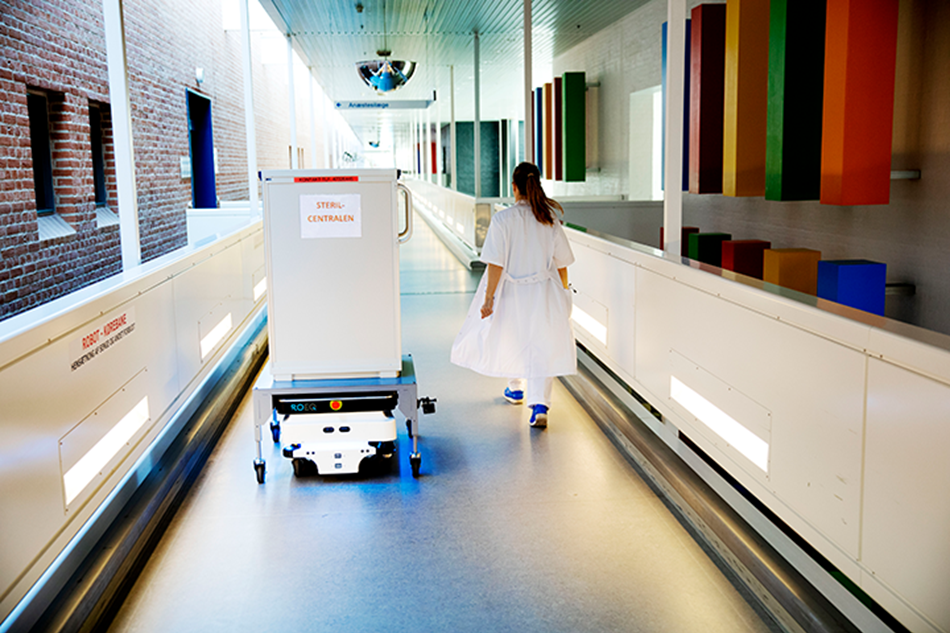 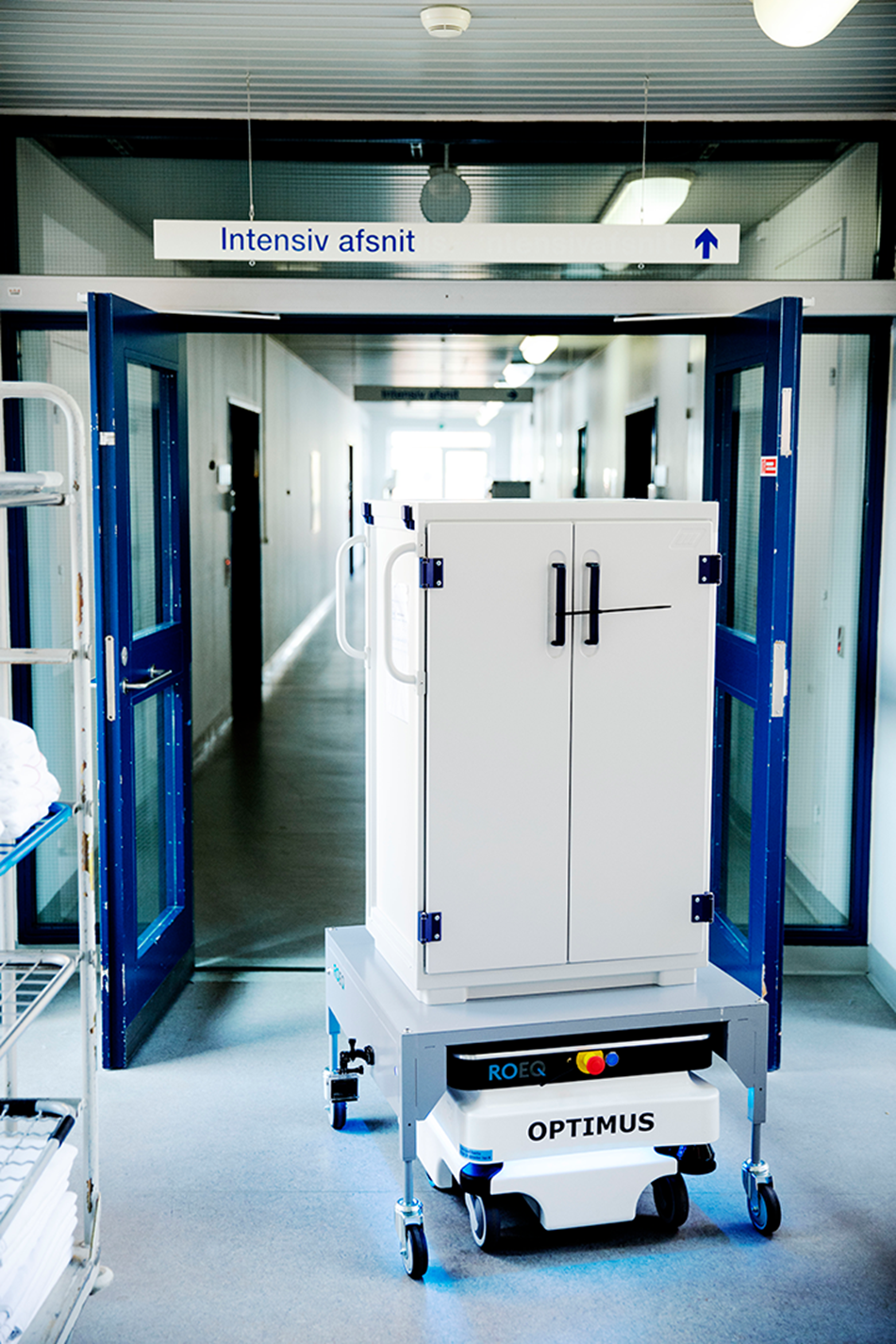 The hospital is being expanded with 130,000 square meters to a super hospital and will become Region Zealand’s flagship with its 190,000 m2, which will gather the region’s medical expertise into efficient units. The hospital is expected to receive 400,000 outpatient visits and 90,000 hospitalizations per year.