Stera offer customized contract manufacturing for mechanics, electronics, wiring/cable harnesses, as well as tool manufacturing to its customers. Therefore, the company produces by orders, and they need to accommodate in a dynamic operating environment, where demands and opportunities are rapidly changing. So, depending on the customer’s needs, Stera adjusts and renews the production for an optimized workflow very often. When Stera started to consider automating parts of its internal logistics, it was important that the solution could fit into an environment that changes many times a year. “Hence the layout has changed a lot, we have chosen this MiR robot, so it can support this kind of agile environment” says Jari Isatolo, Business Director of Stera Turku. “When we deployed the MiR system, we didn’t have to make any layout changes. That would have been necessary with other systems, such as traditional AGV’s. The MiR just adapted to our layout”.

The adaptability of the MiR robots is also key in the application of the MiR500. The robot is used with MiR EU Pallet Lift 500 and can automatically pick up, transport and deliver pallet at pallet stations. These types of pallet lifts from MiR is mainly produced to carry EUR-pallets, which are 800 x 1200 mm. However, Stera uses a wide range of pallets, and therefore, they changed the pallet lifts a bit and produced customized pallet racks, and now the robot can move up to ten different types of pallets and cages. The robot now carries e.g. double EUR-pallets, cages on 1 x 1 meters and cages with a height up to two meters.  “Making these changes was easy for us, and the MiR system is easy to customize. With a robot that can transport these many types of pallets, we always have tasks for it” says Santeri Grundstrøm, Development Manager at Stera.

The MiR500 has a payload of 500 kg, which was one of the main reasons that Stera chose this exact robot. But with a payload of 500 kg and a heavy robot that drives autonomously among people, the safety system of the robot is key for a successful implementation. “We were of course looking for a safe system that could collaborate with the truck drivers and other employees, so we don’t need to have designated space for the mobile robot” says Jari Isatolo. And the MiR500 has proven completely safe. “When the MiR robot meets an obstacle, it simply stops or tries to navigate around it” says Santeri Grundstrøm.

While the safety of the mobile robot was important for Stera when investing in the mobile robot, it was also important that it was easy to setup, so they could get started benefit from the robot right away. Initially, the robot was easy to map and to program, and now the employees see the benefits of the easy intuitive way of handling the robot. “There is a very user-friendly interface for the MiR  robots” says Santeri Grundstrøm. “When our robot operators need components, they just push a button, and the MiR will bring all the components and place them on the component rack”. This ease of use has implied a smooth integration of the robot, that is used for minimum 30 transportation tasks a day.

At Stera, the MiR500 is used to transport components from the warehouse to the production and finished goods from the production to the warehouse. It picks up pallets or cages on customized pallet racks. The robot collaborates with the trucks in the warehouse; while the robot is able to pick up and deliver pallets in a certain height from customized racks, the trucks focus on picking pallets from higher pallet racks, so the job is divided, and the truck drivers can focus on a bit more complex tasks. This collaboration optimizes workflows. “The robot has not completely replaced our forklifts but it’s supporting the forklift drivers, so when we have a lot of traffic from the warehouse facility, the robot is helping” says Jari Isatolo. The deployment of the mobile robot enables Stera to avoid downtime in the production. “This has increased our productivity and helped us to keep our operative level more close to a 100 %, because we don’t have the human factor there, that would hinder that level” says Isatolo.

The MiR500 is conducting as many tasks as the truck drivers on a daily basis at Stera, but they are aiming to use it even more to increase productivity further. “The robot completes around 30 transportation tasks a day at the moment, but we still need to activate a couple extra stations for it, and it will soon be running minimum 60 tasks a day” says Santeri Grundstrøm. “The robot doesn’t need breaks, and we can use it in the night shifts as well, so there’s a very high potential for it”. The Stera factory runs 24/7, and during the evenings and nights, they only have one truck driver, which means that there was even more downtime during the nights before the mobile robot was implemented.

When a company starts an automation project like Stera, employees might be concerned that their jobs are at risk. However, Stera has proven that the implementation of the MiR500 as well as the other robots actually has created jobs. “Of course, our workforce has been worried about their position in the factory but we have been able to locate more tasks for them, and actually we have been able to grow the workforce number during that last three years where we have automated many processes” says Jari Isatolo.

Since the automation project started, Stera has grown its turnover significantly every year, and the deployment of the MiR500 is an example of a successful implementation that is helping the company reach their objectives. And the implementation of the MiR500 in Stera’s Turku facility has been so successful, that it has become a pilot project for other plants. “At the moment, we are not using the MiR robots in other locations” says Isatolo. “As we receive good experiences here in Turku, we are planning to implement this system at other Stera factories”. 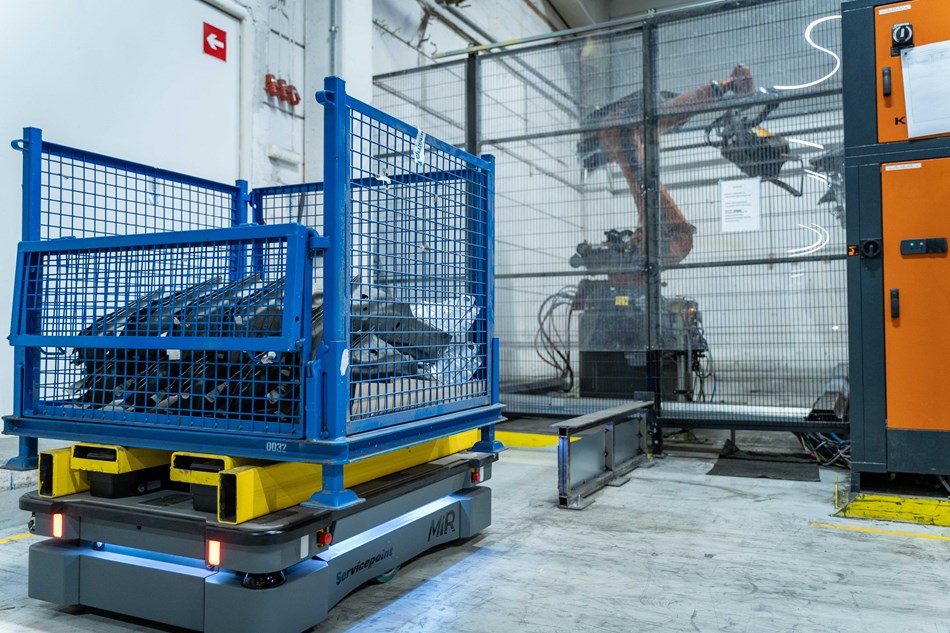 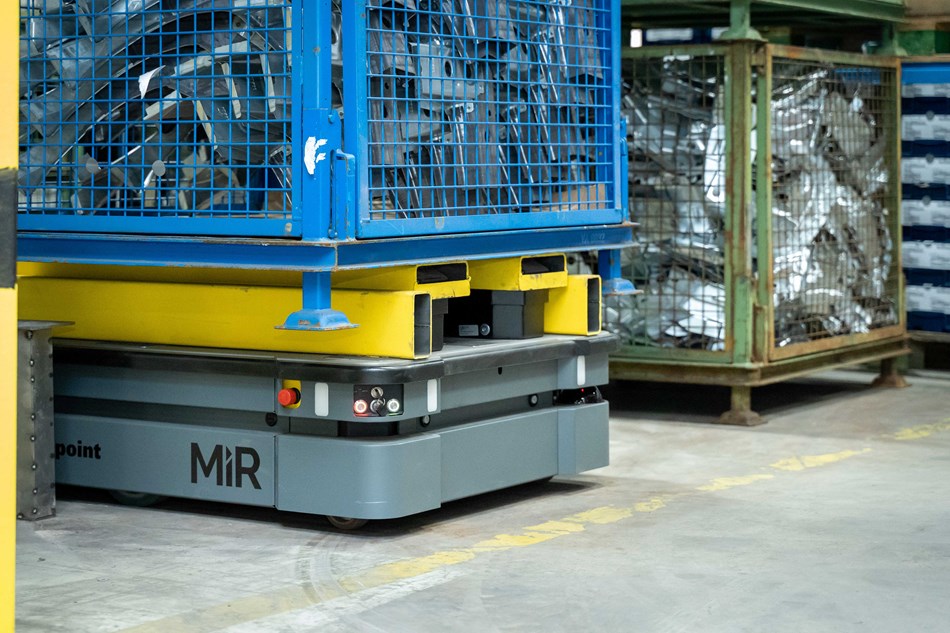 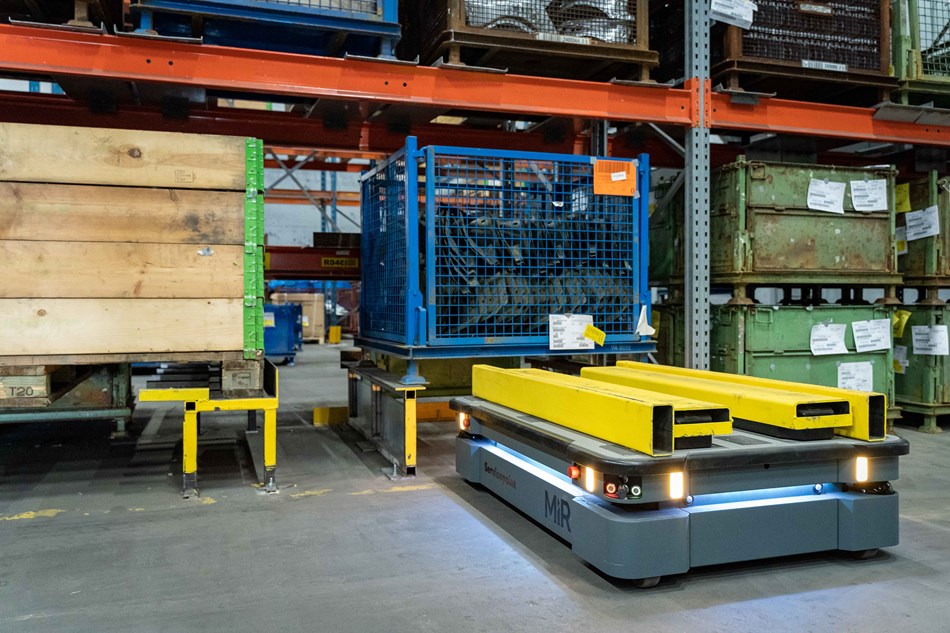 Stera Technologies is an international mechanics and electronics contract manufacturer. Stera employs more than 800 professionals in its six factories in Finland and Estonia. Its own products include Stera cabinets, SteraLux LED-lighting systems, and SteraSmart wireless systems for plant monitoring.