Five autonomous mobile robots (AMR) MiR1000 have improved productivity, safety and eliminated storage problems within the Florisa plant, a company that operates in the textile segment, with production focused on the dyeing of natural and artificial fibers. based in Brusque (SC), Brazil. Previously, the plant used manned forklifts to transport 90 tons of fabric to the production floor. MiR's automated solutions have allowed up to 200 tons to be transported per day which represents a 122% increase on what was previously achieved

Tinturaria Florisa Ltda, based in Brusque (SC), is a company that operates in the textile segment, with production focused on dyeing natural and artificial fibers. Florisa's philosophy is based on the search for technology and excellence in its services. To do this, it has progressively equipped its production with state-of-the-art equipment, as well as specializing its productive and administrative workforce.

The search for innovation is a constant, and is achieved through better equipment, qualification of the workforce, expansion of the industrial park and productive capacity, offering flexibility in delivery, prices compatible with the market and quality.

Prior to the implementation of collaborative technologies, the transport of textile materials was a tedious and laborious process. Workers used forklifts to transport these materials from the warehouse area to the production floor. In a typical workday, forklifts took a few hours to deliver materials and this increased in extremely busy production times.

Patrick Laurens Stolfi, Cost Engineer at Florisa said: “Transporting the fabrics located in the warehouse to the production floor is without a doubt one of the heaviest logistical tasks that exist in our plant. The distance traveled between one point and another is very long without considering that there are different obstacles on the way. In addition, within the route you must pass through some busy areas within the plant. Therefore, in Florisa we saw an area of ​​opportunity that we had to attack with the implementation of new technologies”.

Florisa has the first solution of its kind in the textile industry. Today, the Brusque-based company has 5 autonomous MiR1000 mobile robots with a load capacity of 1 ton each to operate in a 5-story warehouse integrated with 4 elevators and RFID cages, in addition to the connection to the ERP and WMS for control and management of the entire process. There are 450 receiving positions and 3000 tissue storage positions.

The 5 MiR 1000 robots controlled by the MiR Fleet management system have made it possible to increase production profits, more assertiveness in less execution time, more data and analysis and fewer errors in the production process.

MiR1000s equipped with the latest laser scanner technology provide a 360-degree field of view for optimal safety. The 3D cameras on the front have a range of between 30 and 2,000mm above ground level, and two sensors located at each corner ensure that the robot sees fabric cages and other obstacles that can normally be difficult to see to. other robots.

The objective at Florisa was to increase the capacity to dye fabrics, but with the manual process of input and output of materials there were losses, rework, and high cost.

"Initially, the idea was to go from a production of 90 tons / day to 160 tons / day." said Patrick Laurens Stolfi, cost engineer at Florisa”. With the project underway, it was possible to reach 200 tons / day, an increase of 122% of what was foreseen in the project”.

“In addition to the pioneering spirit, becoming a benchmark company in Industry 4.0 in Brazil is very important as we see an increase in productivity that is even scalable, and the expectation exceeded in the operation are also achievements that highlight the relevance of MiR mobile autonomous robots”, he added.

“Optimizing our internal transport with the fleet of 5 MiR1000 robots managed by MiR Fleet that has a simple and centralized online configuration is one of the main characteristics of our solution. We have eliminated bottlenecks and interruptions thanks to the uninterrupted operation of mobile robots within our facilities.”
Laurens Stolfi Cost engineer at Florisa

Laurens Stolfi, highlights, “Optimizing our internal transport with the fleet of 5 MiR1000 robots managed by MiR Fleet that has a simple and centralized online configuration is one of the main characteristics of our solution. We have eliminated bottlenecks and interruptions thanks to the uninterrupted operation of mobile robots within our facilities.”

MiR certified systems integrator Pollux has provided the necessary support for the deployment of MiR autonomous mobile robots in Florisa. “Many companies look at Industry 4.0 from the perspective of increasing productivity only. However, there is another line of Industry 4.0, which is knowing how to use technologies to create a differentiated experience for the company and create a competitive advantage from the point of view of offering products to the market. The Florisa project put technology in favor of this scenario”, Gustavo Baumgarten, General Manager of Pollux.

With the implementation of autonomous mobile robots from MiR, the following can be highlighted: precision (without contact with the product and thus more efficiency in the entry and exit process); internal engagement (with employees working together with new technology and developing new strategic skills); and the reduction of operational errors (errors have been eliminated as the process has been automated and fully controlled).

“At Florisa, workers can now manage MiR robots through a single interface, which triggers artificial intelligence to assign orders to robots. AI groups orders in a way that reduces unnecessary walking and prioritizes work based on item location, shipping times, and other configurable criteria,” says Laurens Stolfi.

Associates can focus on other important tasks that add value to the business while MiR1000 robots travel on their own to a meeting point to transport fabrics.

The company began its activities in 1973, based on the experience and know-how of its founders and from this point on they have been adopting new technologies to continue innovating over the years and they are sure that this is the way to continue taking positive steps forward for Florisa. 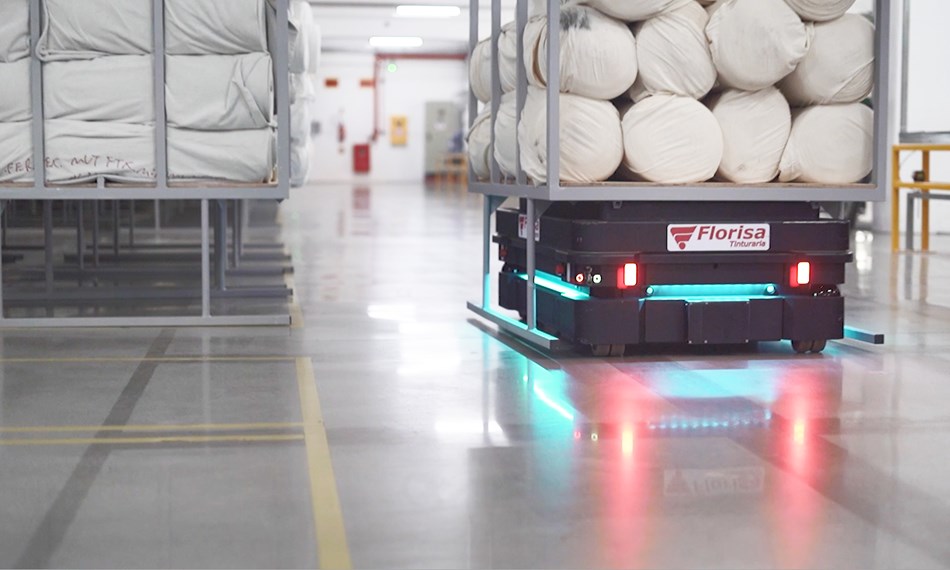 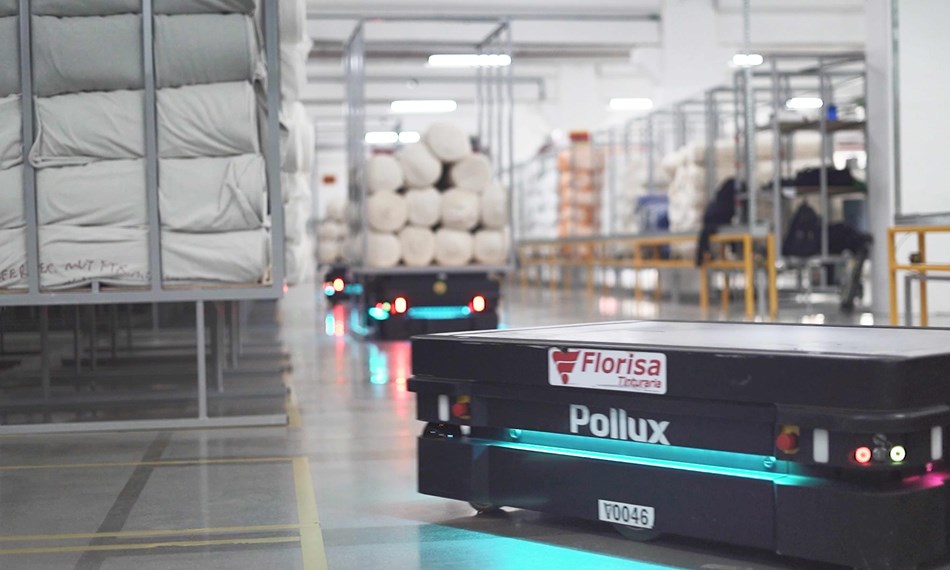 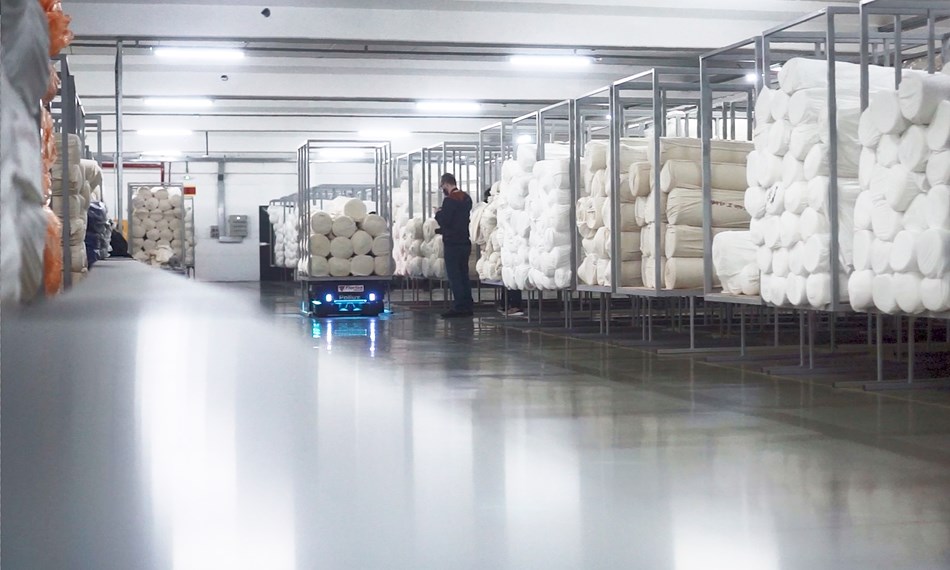 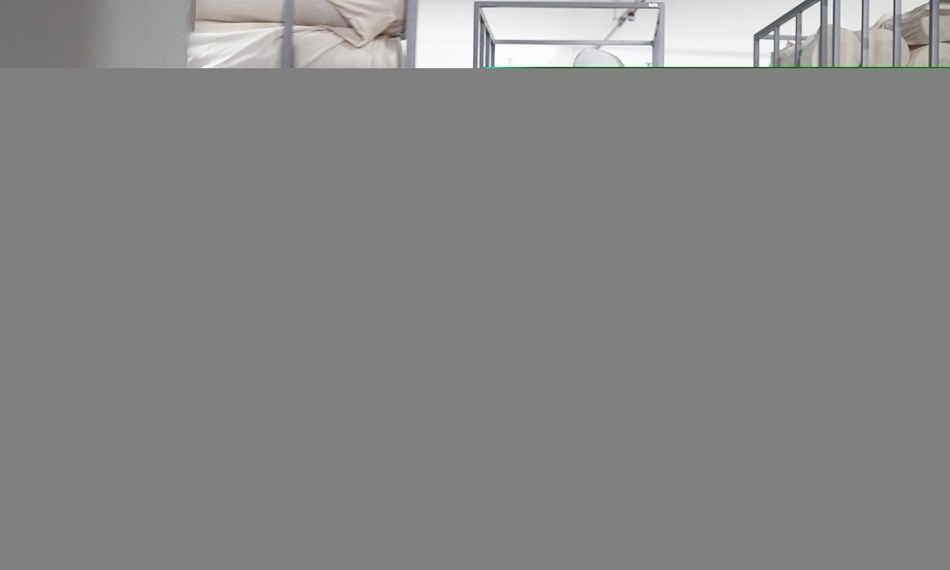 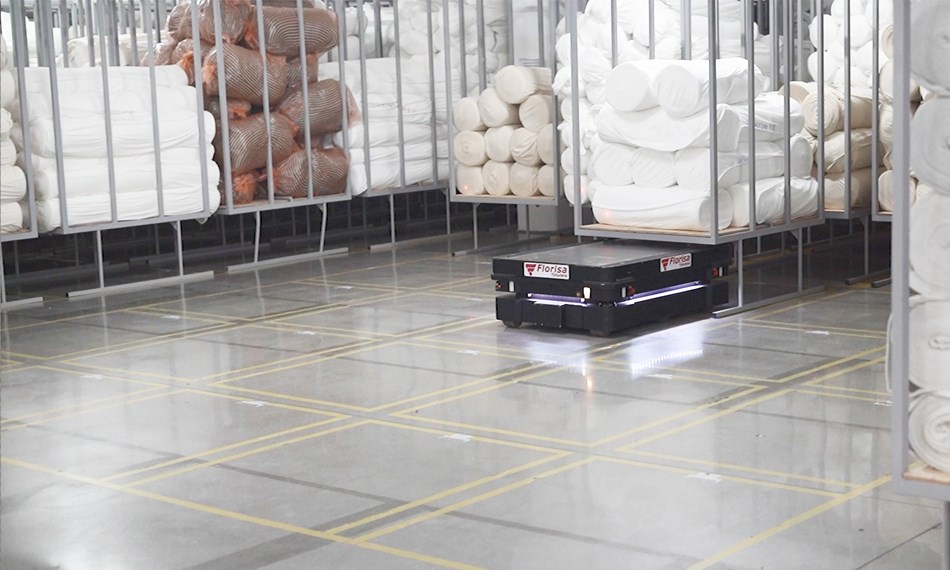 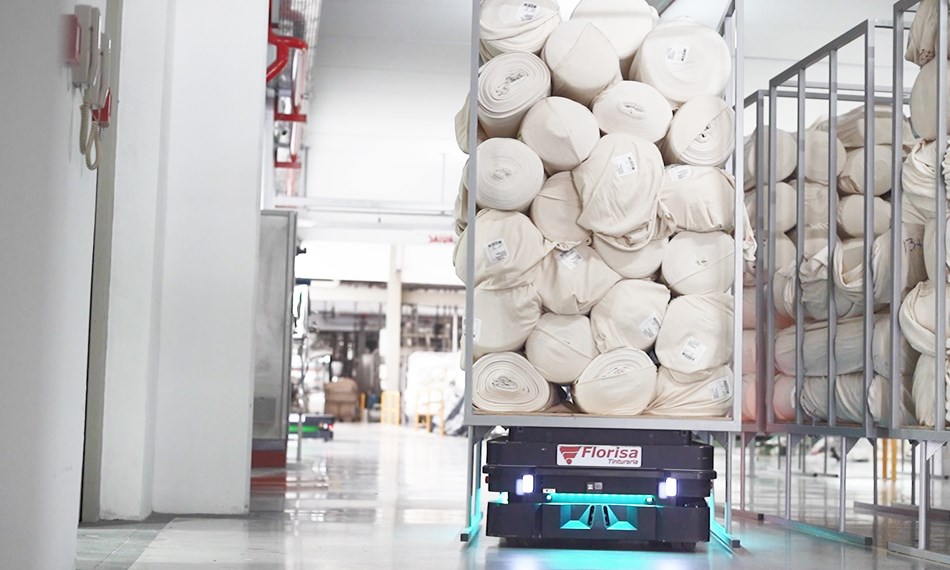 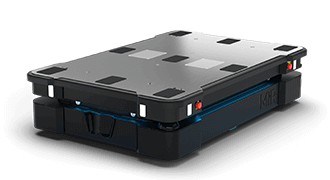